IS IT REALLY AUTISM? 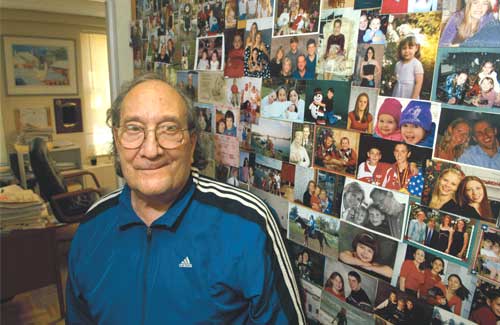 
A 7-year-old boy named Timmy came in for an appointment.

At an earlier visit with Jones, five months prior, Timmy exhibited problems like low muscle tone and no expressive speech. Another doctor diagnosed him with autism when he was 2 years old. Timmy’s mom noticed that when he was on antibiotics, his behavior became better. He exhibited fewer symptoms associated with autism. After he went off his medication, though, his symptoms returned to full force.

Jones thought the boy had Lyme disease, not autism.
At that first visit, Jones says, he put his hands on Timmy’s cheeks and looked into his eyes: “I hope I have the key to unlock your brain,” he said. Timmy then squirmed out of Jones’s lap and began to run around the room.

At Timmy’s follow-up visit, one day after Jones received his punishment, Timmy “climbed into my lap, put my hands on his cheeks and said, ‘Thank you for giving me the key to unlock my brain.’” Jones says. “Then he hugged me.”

Sitting in a leather chair in his New Haven office, 81-year-old Jones does not look like a man who arouses passionate disputes. He’s wearing a blue Adidas tracksuit with his name embroidered on the back, and the type of black orthopedic sneakers you’d expect on a man his age.
Jones didn’t start out as a doctor — he was a divinity student at Boston University in the early 1960s. As an assistant minister with the Second Church Unitarians, Jones made house calls to people who couldn’t get out to go to church. Changing professions was a decision inspired by one of those visits: “I was in the home of an 80-year-old woman who was very badly stricken by arthritis. She grabbed my hand on the way out and said, ‘Please do something to help me in a real way,’ and that was it.”
He started focusing on cancer in New York, but moved to Hamden with his wife to raise a family and start a pediatric practice in New Haven. In the late ’60s, he noticed clusters of kids — several in a family — diagnosed with juvenile rheumatoid arthritis. Many had strep throat, he says. “When we treated them [for strep] with antibiotics, they got better. That was the beginning of it,” Jones says.

He saw more as time went on.

“It infected every part of the body, including the brain and the skin. We were treating them with six weeks of antibiotics. Then another six weeks if it didn’t work. There was a little boy, about 10 or 11, who was diagnosed with rheumatoid arthritis. We did several rounds of six weeks of antibiotics and a few weeks off. He did better on them, not off. He said to me, ‘If I’m better while I’m on the antibiotics, why don’t you keep me on them?’
“‘Well,’ I wondered ‘Why didn’t I think of that?’ He was on antibiotics for three of four years and now he’s in his late 40s and is perfectly well. From that point on, I started treating with antibiotics continuously until they were better and then for two months after that.”
That attitude is what’s turned Jones into the Pope of the Lyme disease community. It also turned him into a pariah of the academic and medical community.

To find out more about Lyme Disease visit the many links in the right hand column of this blog.

My own Arthritis and Muscle weakness improved significantly when given a chance course of antibiotics and this led my GP to suspect Lyme Disease. Many of the patients I talk with on Eurolyme had similar experiences so it was interesting to hear what Dr Jones says in the above article that many of his patients would improve on antibiotics and deteriorate when they stopped.

How many more children's Autism could be complicated or caused by a sneaky infection of Borrelia? Certainly at present this is something not widely researched or known by those doctors treating children with Autism.

The science is still evolving with Lyme Disease, Borrelia and it's many complex associated co infections, which currently are rarely tested for.

Would you see these tiny ticks as you brush by?