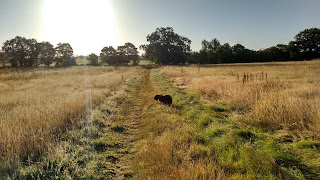 My early morning walk in 'Tick Land' prior to being interviewed on BBC Surrey about Tick awareness. I am well booted and covered and Meg wears her tick collar which so far has been successful. 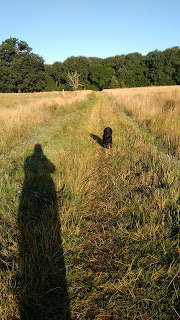 LYME DISEASE PATIENTS FAILED BY DOGMA NOT BASED ON SOLID SCIENCE

Enactment of mandated insurance coverage for Lyme disease treatment in Massachusetts.
Passage of H4491 showed how advocacy groups, activists, Lyme patients, and their supporters can work with legislators to bring about real change.
to read further go to Lymedisease.org
https://www.lymedisease.org/good-job-massachusetts/
I copy below an important letter that Dr Neil Spector sent to Governor Baker - this letter is a lesson for all those who deal with patients with Lyme Disease.

To read further on the work done by The Dr.Paul H. Duray Pathology Research Foundation go to this link :- https://durayresearch.wordpress.com/about-2/7-provocative-findings-intro/
Posted by Joanne at Monday, August 08, 2016 1 comment:

Would you see these tiny ticks as you brush by?